Under the cover of Christmas holidays, Labor’s Planning Minister, Richard Wynne ditched due process approving the facility despite Latrobe City Council denying the planning permit and an upcoming VCAT hearing scheduled for April 2021.

“Residents are devasted and angry that Labor approved the project without transparency or consultation and with a multitude of unanswered questions,” said Ms Bath.

“The single biggest issue for residents is the potential for lead toxicity.

“Chunxing Corporation’s self-assessment did nothing to alleviate community concern and Minister Wynne has failed to address this.

“An independent EES would add scrutiny, accountability and forensic analysis of the impact of a secondary lead smelter.

“Labor has chosen to dismiss our community and call in the project without any independent examination.

“Instead of delivering greater transparency on Chunxing Corporation’s ULAB project, Labor took a bulldozer to due diligence.”

Ms Bath today put a raft of questions to Victorian Planning Minister calling for answers on the project, including details of Labor’s financial subsidies and relationship with Chunxing.

“The Hazelwood North ULAB project is in direct conflict with Labor’s Latrobe Health Innovation Zone which promises to embed community voice in all decisions involving the wellbeing of locals.

“It is the height of arrogance that at no time did the Minister or any of his local Labor MP’s meet with the Hazelwood North community after Latrobe City Council’s decision and prior to his decision to intervene. 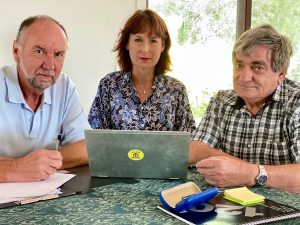