The Nationals Member for Eastern Victoria Region, Melina Bath has called on the Andrews Labor Government to denounce a disrespectful scare campaign against Gippsland’s volunteer firefighters.

“Gippsland CFA members found the divisive nature of the campaign disappointing and offensive, noting volunteers are at pains to highlight the collegiate working relationship between Fire Rescue Victoria (FRV) firefighters and volunteers at the local level.”

“In an offensive slight directed at our volunteers, the insinuation of the UFU’s campaign is that regional communities will be at risk if they are not served by FRV “professionals”.

“All firefighters, paid or volunteer are highly trained and capable of protecting people and property including attending house fires, car accidents, medical emergencies or a toxic spills and fires.”

Ms Bath said CFA volunteers feel strongly that the state government, particularly the Premier and Minister for Emergency Services, Jaclyn Symes should have come out and denounced the UFU’s campaign and back volunteer firefighters.

“Instead all Minister Symes said in state parliament was, “this is not the way I would choose to communicate” – it was incredibly disappointing.

“CFA volunteers are justifiably upset and concerned by the UFU’s inferences about their skills, professionalism and ability to protect rural communities in times of crisis.

“Our dedicated CFA volunteers time and time again put their lives on the line to protect people and property.

“Country CFA brigades and volunteers deliver much needed surge capacity in times of emergencies to protect all Victorians and they deserve the utmost credit and respect from the Andrews Government.

“Gippslanders and The Nationals remain incredibly grateful to our CFA brigades – their commitment over past summers has protected people and property across the region when bushfire has threatened our communities and vital infrastructure.

“It’s imperative the Andrews Government stands up for the integrity of our volunteer firefighting service against this offensive union campaign.” 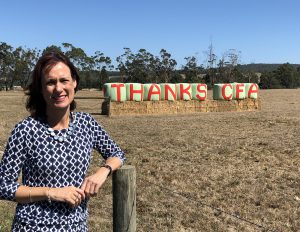