A Gippsland local has outlined how he was left withering in abject pain after the Andrews Government continually cancelled his surgery.

Neil Trease from Mirboo North lost a shocking 18 kilograms and was forced to live on high doses of pain killers after his critical hip surgery was cancelled three times because the Andrews Government said it was ‘elective’.

The Nationals Member for Eastern Victoria Region Melina Bath said, “Neil’s horrifying story is a terrible indictment on Daniel Andrews management – Labor’s broad-brush approach to health and hospitals during the pandemic is cruel and unwarranted.

“The word ‘elective’ continues to be bantered around by the Andrews Government like surgery is somehow a choice – elective surgery is urgent and essential, diagnosing and treating cancers and helping patients to walk, run, work, live – these aren’t optional attributes.

“In Neil’s situation he lost his mobility, was living in unbearable pain and his mental health suffered – his quality of life was decimated, and his surgeon had to intervene when his situation deteriorated to a life-threatening emergency.”

This week the Productivity Commission revealed Victoria hospital system is the worst in Australia, spending less on public hospitals than any other state.  Patient spending in Victoria was $2687 per person compared to the national average of $2971 per person

Ms Bath said Victoria’s hospital system is in crisis with surgery waitlists blowing out to unprecedented levels, it’s going to take more than a decade and significant investment to repair Labor’s damage.

“Our hardworking nurses, doctors and ambulance staff are all being forced to work in an underfunded and neglected hospital system.

“Over the past 11 years Daniel Andrews has either held the position of Premier or Health Minister – Victoria’s hospital crisis is his doing, no matter how Labor tries to spin it.

“Victorian surgeons and health care professionals have made it clear – they want to get back to work and they want their patients to have positive health outcomes and achieve quality of life.

“There is no justification for the Andrews Government to continue this cruel ban on surgery – individuals and families must be allowed to move on with their lives.

“All surgery must resume in Victoria – anything but a 100 per cent return is unacceptable.” 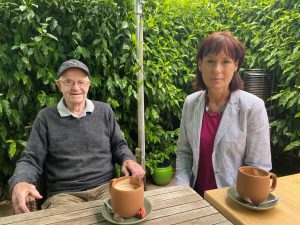