The underperforming Gippsland rail service is again in the spotlight with community members and business leaders voicing concerns at a meeting with Victorian Shadow Minister for Transport and Deputy Leader of The Nationals, Steph Ryan in Traralgon today.

Ms Ryan said the community are rightly frustrated by the ongoing poor performance of the Gippsland rail service, seeing no end to the crisis plaguing the line’s poor punctuality.

Analysis released today by The Nationals of recent timetable changes shows that the Andrews Government has made 62 Gippsland train services slower.

“Labor described its timetable changes as the biggest shake up of public transport in a decade, but the only thing it delivered for Gippsland was 62 slower trains,” Ms Ryan said.

“A lack of prioritisation and investment from the Andrews Government has seen the Gippsland line shunted to the back of the funding queue.

“Roads in and out of Melbourne’s east are choked, and with 100% of people now able to return to the office this congestion will worsen.

“Labor must stop treating the punctuality target for regional rail as an arbitrary measure and start listening to the voice of Gippslanders.”

The meeting with Latrobe Valley community members comes only days before the Gippsland Line is due to be interrupted again with buses replacing trains this weekend for metropolitan works.

The Nationals Member for Eastern Victoria Melina Bath said a reliable, fast train service was a priority for growing regions like the Latrobe Valley and West Gippsland.

“Locals recognise the need for significant state government investment to fix the woes on the Gippsland line,” said Ms Bath.

“Our community deserves a high-quality rail service, which is much more than Labor is prepared to provide us.

“Fixing the Gippsland line must be a priority so workers, students and community members can plan their travel and attend appointments with confidence.”

Ms Ryan said the Gippsland line has earned the unenviable title of being the worst performing short distance regional rail service in the state.

“Despite the coronavirus restrictions limiting the movement of people state-wide during the past 12 months, the Gippsland line still failed to arrive on time.

“The Andrews Government is pouring billions into cost blowouts on its Melbourne metro train and road projects, but it’s not prepared to provide the required investment to fix regional rail.

“A reliable regional train network would better connect Gippsland with Melbourne making it more attractive to live and work in our region or commute to the city – but instead under Labor Gippsland has been relegated to the slow train.” 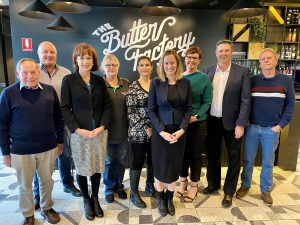 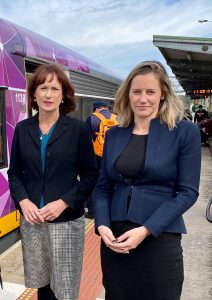