Inquiry established on Latrobe Valley jobs, despite Labor failing to support it

The economic transition of Latrobe Valley will face a comprehensive parliamentary Inquiry, despite the Andrews Labor Government attempting to block its establishment today.

Ms Bath said the Inquiry was needed to build a comprehensive vision and action plan for economic growth and prosperity in the Latrobe Valley and tackle unemployment and disadvantage.

“Under the Andrews Labor Government local jobs and local industries are continuing to be decimated,” Ms Bath said.

“While I am delighted the economic future of the Latrobe Valley will finally be scrutinised and locals given a say in their future, it’s hugely disappointing that the Andrews Labor Government refused to support it.

“Shockingly, Labor MP’s callous attitude towards the Valley today was that seven years is enough notice for workers who will lose their jobs.

“Labor has failed to create long-term jobs in Latrobe Valley since the closure of Hazelwood.

“It’s been one economic shock after the other and short term infrastructure construction jobs aren’t the answer for such dramatic job losses and industry closures.

“The Valley boasts a highly skilled workforce. New industries and job creation must support the expertise of our people and complement the liveability of our region.

“The establishment of the Inquiry must be treated as a catalyst for change.”

The Inquiry will also evaluate the performance outcomes of past economic stimulus and job creation programs including the establishment of the Latrobe Valley Authority (LVA).

Ms Bath said all cross sections of the Latrobe Valley community deserve the opportunity to be involved in decision making about its future, and an Inquiry would facilitate this.

“The Latrobe Valley is a thriving place to live, work and raise a family and this Inquiry is an opportunity to move forward and ensure the economic future of our regional communities,” said Ms Bath.

“It’s time to let the community decide what our future looks like and capture the Latrobe Valley’s potential.” 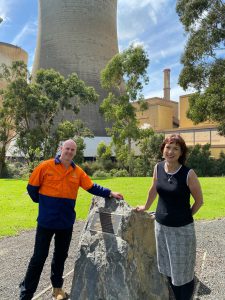