After a wet year, the Andrews Labor Government’s declaration of a 20-day season with heavy restrictions on bag limits has been met with resounding opposition.

Hunting is a popular recreational activity which injects $356 million into the regional Victorian economy each year.

The Nationals Member for Eastern Victoria Region, Melina Bath said Labor’s decision was devastating for regional business who benefit from the significant increase in trade generated by duck season.

“Labor has again turned its back on regional Victorians.  This this is another attack on the lifestyle of many Gippslanders who have undertaken and enjoyed hunting for generations,” said Ms Bath.

“The decision to restrict duck season is politically motivated and not based on science.

“Birdlife Australia data for 2020 shows the population of the eight game species exceeded 21,000 birds, while in 1995 it was approximately 8,100 birds followed by a full 12-week season.

“These facts are irrelevant to Daniel Andrews, this is about politics.”

Current data shows duck numbers are at a sustainable level following above-average rainfall in eastern Australia in the past 12 months and the hunting community was looking forward to a full 12-week season – as legislated.

Ms Bath said after a wet year and favourable duck numbers in the region, Gippsland’s hunters and local businesses were looking forward to a positive announcement after COVID restrictions impacted the 2020 season.

“Labor has law abiding hunters in its sights and this announcement is about securing green inner city votes and appeasing the Animal Justice Party.”

Ms Bath said she actively supports the rights of the Gippslanders to harvest their own food through hunting and fishing.

“Many local families have gathered for generations to hunt together, and it is these same families who volunteer their time to revitalise and maintain local habitats such as Heart Morass near Sale.

“Organisations such as Field and Game should be commended and rewarded for the thousands of volunteer hours invested into wildlife conservation and habitat protection, instead of being continually punished and vilified by Daniel Andrews.

“The Nationals will continue to support recreational shooting and fight back against Labor’s decision to kill off ducking hunting by stealth.” 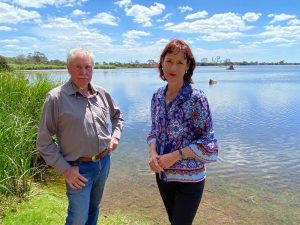