This week in State Parliament, The Nationals Member for Eastern Victoria Region, Melina Bath demanded answers from the Andrews Government on behalf of community members who were subjected to flood waters inundating their homes, without adequate warning.

“The onset of wintry conditions coinciding with the first anniversary of the Traralgon flood event has understandably caused some anxiety in our community.

“Nobody knows if the Andrews Government has addressed the series of flood response failures or if the Latrobe Valley Information Network is being upgraded so the community has access to the best available information.

“Residents need an effective warning system and real time information so that they can prepare, their homes in the event of future floods.

“Labor promised it would release its review into its flood warning system and failed response by the end of 2021, but one year on our community remains in the dark.”

“Residents should have been given at least six hours warning of the deluge heading down the catchment towards their homes and streets,” said Ms Bath.

“The day after the flood, the Andrews Government referred to its breakdown in communications and response as a ‘gap’, when in fact it was a disaster that could have cost lives.

“Traralgon residents must not be subjected to another chaotic and unprepared flood response.

“It was unacceptable for the first evacuation order to be issued by the state government four hours after homes were inundated with water and local roads were raging torrents.

“In the hours and days post flood – EMV shockingly bombarded Traralgon residents with a barrage of ‘evacuate now’ messages, 22 of them after flood waters had receded.

“It’s important for locals to understand what’s changed and if the Andrews Government has in fact rectified its emergency management flood warning and response failures.

“Our community deserves to have a flood warning system that they have confidence in.” 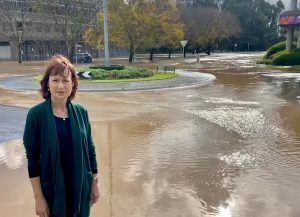