The Nationals have called on the Andrews Labor Government to work with the Latrobe Valley community and create sustainable long term jobs for the region.

The call comes after Energy Australia announced it would be closing Yallourn Power Station four years early in 2028 and after Labor’s promised new jobs in Latrobe Valley had failed to materialise.

The early closure of Yallourn Power Station will create further economic pain in Latrobe Valley, still reeling from the closure of Hazelwood Power Station and Labor’s plan to close the native timber industry.

The Nationals Member for Eastern Victoria Region, Melina Bath said the announcement of the early closure of Yallourn Power Station was another difficult pill to swallow for Latrobe Valley residents.

“Labor has made no secret of its desire to close our regional industries including electricity production and native timber,” said Ms Bath.

“The closure of another of our major local employers should be a catalyst for change. Labor cannot keep closing our regional industries without a comprehensive plan to create sustainable jobs and industries.

“The Andrews Labor Government has done a lot of telling in Latrobe Valley, it’s time to ask our community what they want and need for our future.

“Labor has handed Latrobe Valley nothing more than industry closures and a string of failed jobs announcements through its Latrobe Valley Authority (LVA).

“The recent demise of SEA Electric even before a shovel was placed in the ground is just the latest Labor job creation project to fail.

“The LVA was supposed to transition Latrobe Valley and create jobs, but now its funding has been slashed and its future is also in serious doubt.”

Leader of the Nationals and Shadow Minister for Regional Development, Peter Walsh called on the Andrews Labor Government to deliver permanent jobs for the Latrobe Valley.

“Daniel Andrews is a Premier with no plan and no money for Latrobe Valley. He is continuing to rob country people of their jobs and future,” said Mr Walsh.

“The LVA hasn’t delivered what it promised in Latrobe Valley following the closure of Hazelwood. 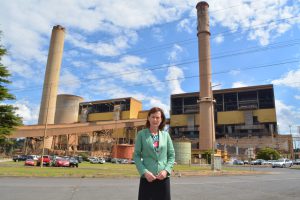