Latrobe Valley will miss out on growth opportunities in post-COVID recovery if the Andrews Labor Government continues looking inwards to Melbourne, while ignoring the potential of regional Victoria.

A spike in migration out of metropolitan areas in the post-COVID era should put regional communities, like Moe, Morwell, Traralgon and our satellite towns in the box seat to secure the flow-on benefits of population growth.

“The COVID pandemic forced a shift in the way we live and think about work and led many to reconsider what’s most important in life,” Ms Bath said.

“The ongoing uncertainty of future lockdowns has seen a continued exodus out of Melbourne, as people look to secure a better lifestyle for themselves and their family.

“A look in any local real estate agents window, shows a plethora of sold stickers with very few homes available for sale.

“But instead of being in the box seat to secure the benefits that come with population growth, we’re falling victim to the Andrews Labor Government’s lack of planning and vision for regional Victoria.

“After seven years in Government, Labor still doesn’t have a plan for regional Victoria that sets out a vision for improving liveability and opportunities for our whole state.”

With the 2021/22 State Budget to be handed down at the end of May, Ms Bath said we must not miss another opportunity to invest in a better future for our regions.

“Our regional roads network has been so poorly neglected that the RACV is now calling for speed limits to be lowered in country Victoria as safety has become so compromised.

“Meanwhile the Andrews Government has failed to deliver so many promised projects including new ambulance stations in Moe (budgeted 2016-2017) and Morwell (budgeted 2015-2016) and the desperately needed Bank Street, Princes Highway Traralgon intersection upgrade (announced May 2018)

“The government’s answer to failing to meet VLine punctuality targets is to slow down our rail service and increase the allowable travel time to Melbourne.

“Reliable and fast public transport must be a key plank in any regionalisation vision, but the Andrews Labor Government’s only plan for Latrobe Valley is to leave us behind.

“Add Labor’s forced industry closures and failed job creation schemes including Steelvision and SEA Electric and Latrobe Valley has the right to be skeptical and cynical.”

Ms Bath said she will be going over the upcoming state budget to see what’s in it for Latrobe Valley.

“The Andrews Government must put less energy into its rhetoric and get on with the delivering committed projects in regional communities – especially those it announced years ago.

“Instead of more empty promises, it’s time for the Andrews Labor Government to actually deliver local projects that will make a real difference to people in Latrobe Valley.” 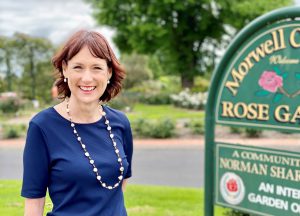