Submissions are being sought for an Inquiry into the closure of Hazelwood and Yallourn power stations and the impact on job losses in Latrobe Valley.

The Inquiry to be undertaken by State Parliament’s Economic and Infrastructure Committee (EIC) is charged with investigating three key areas:

The Nationals Member for Eastern Victoria Region, Melina Bath drove the successful establishment of the Inquiry despite the Andrews Labor Government and Animal Justice Party voting to block it in the Upper House.

“The sudden closure of Hazelwood Power Station created a deep scar on the Latrobe Valley economic landscape and on families and small business.

“The recent announcement Yallourn Power Station will close four years early has re-opened this wound, with many left wondering how our community will survive long term.

“The Latrobe Valley community deserves to have a say on its future and provide feedback on the performance of the LVA as a long-term job creator.

“Our region was once Victoria’s powerhouse, but as a direct implication of Labor’s policy decisions, it’s facing unparalleled economic challenges.”

“Latrobe Valley has a highly skilled workforce and the community is calling for long term sustainable jobs which complement our capabilities and potential.

“Our community is fabulous place to live work and raise a family – we don’t want it to end up on the economic scrap heap, with families forced to move away for work and empty shops in our streets.”

Ms Bath said it’s important to listen and develop an unbiased understanding of our community’s needs.

“You cannot force the early closure of important regional industries, drive the destruction of others, fund some liveability infrastructure projects and then walk away proclaiming “job done”. Where will the replacement jobs be coming from?

“These are real people; with real families and their future is important.”

Written submissions from community, business and industry are encouraged can be made online at https://www.parliament.vic.gov.au/eic-lc/article/4707 and must address the terms of reference.

The due date for Inquiry submissions is 27 August 2021. 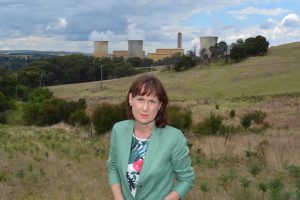